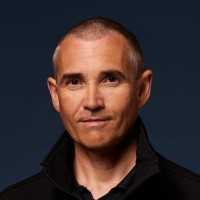 Val Miftakhov, ZeroAvia Founder and CEO, is a serial cleantech entrepreneur who knows how to scale technology for use by existing transportation industries. Val’s previous venture, eMotorWerks, developed smart vehicle-grid integration hardware and software, and was acquired in 2017. eMotorWerks’’ JuiceBox Smart EV charging station is the best selling product in its category in the United States for the last 5 years. Before eMotorWerks, Val held executive business strategy & operations positions at Google, McKinsey & Company, and Nielsen. He also launched and managed three startup companies, in all of which he held the CTO positions. Prior to his industry experience, Val was a high energy physics researcher at Stanford Linear Accelerator, a Department of Energy facility. Val received his PhD in Physics from Princeton University and his MS in Physics from Moscow Institute of Physics and Technology. He was a two-time winner of the Nationwide Russian Physics Competitions. In whatever spare time he gets, Val tries to get good use out of his airplane and helicopter pilot licenses.