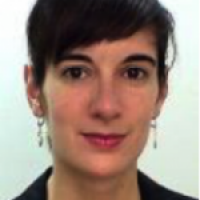 Stephanie Gil is Practice Manager for Latin America and the Caribbean in the Energy and Extractives Global Practice at the World Bank. She leads the World Bank energy sector engagements, including regulatory reforms, disruptive technologies, new financing architecture and other operations in the region. Mrs. Gil, a Spanish and French national, joined the World Bank Group in 2013 as energy specialist and focused on Eastern Europe, the Caucasus and Sub-Saharan Africa before joining the Latin America and Caribbean region. She has extensive experience in power utilities, competitive power and gas markets, and energy sector reforms. Previously, she held several senior positions within the French utility EDF in the UK and in France. Mrs. Gil holds a Master’s degree in physics from Imperial College London in the UK and from the INPG in France, and a Master’s degree in Business Administration from London Business School in the UK and from Columbia Business School in the USA.