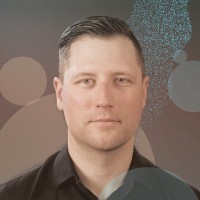 Matthew is co-founder and CEO of LIFTE H2 based in Boston and Berlin with projects globally. LIFTE H2 develops and deploys next generation hydrogen supply chains that deliver differentiated cost, reliability, safety and performance.

Prior to joining Shell, Matthew held the position of Director of Systems & Technology Development at an energy startup where he helped invent and commercialize a utility-scale energy storage system using isothermal compressed air in partnership with Conoco Phillips and Duke Energy. It was in this role that Matthew learned about the non-technical aspects of innovation, and the central role they play in technical success.

His engineering and development skills were formed early in his career as a heavy maintenance engineer at Air Canada, a repair design engineer at a gas turbine manufacturer, and as a research engineer at Southwest Research Institute (SwRI) in San Antonio. At SwRI, Matthew was principal investigator on several energy projects including solar concentrator power generators, gas compression projects, pipeline infrastructure, CO2 sequestration technologies, and supercritical power cycles.

He is an avid hunter and outdoorsman, and is a private pilot. Matthew has been married to his high school sweetheart for 19 years, and has a nine year old boy and thirteen year old girl. They currently live in a small fishing village near Boston, however his native land of Canada will always be home.