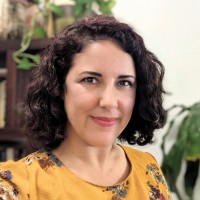 Julie Cerqueira most recently served as the Executive Director of the U.S. Climate Alliance, a bipartisan coalition of governors working together to advance the most ambitious state climate agenda in our nation’s history. As its inaugural director, she played an integral role in building the coalition from the ground up and provided the tools, resources & technical expertise to help two dozen governors deliver on their climate & clean energy priorities. Prior to that, she served as a Senior Advisor to the Special Envoy for Climate Change at the U.S. Department of State where she led U.S. engagement in strategic partnerships, such as the Climate & Clean Air Coalition & the U.S.-Brazil Climate Change Working Group. She also helped negotiate climate deliverables for high profile events such as the North American Leaders Summit, created the climate pillar of the U.S. Chairmanship of the Arctic Council, & launched the Brazil Climate Innovation Lab to mobilize climate investments overseas