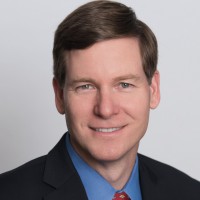 John Kotek is the Senior Vice President for Policy Development and Public Affairs at the Nuclear Energy Institute. He’s responsible for providing policy and public affairs leadership on economic, electricity market and environmental issues related to the nuclear energy industry. John also serves as President of Nuclear Matters, a national coalition of grassroots advocates working to inform the public and policymakers about the clear benefits of nuclear energy.

John joined NEI from the U.S. Department of Energy. He was appointed in January 2015 as Principal Deputy Assistant Secretary for the Office of Nuclear Energy and was nominated by President Obama in October 2015 to serve as Assistant Secretary for Nuclear Energy. In that role he was responsible for DOE’s research efforts on current and future nuclear energy systems, establishing a path forward for the nation’s spent nuclear fuel management program, and other national priorities.

Prior to his appointment, John was the Managing Partner of the Boise office of Gallatin Public Affairs.  John advised energy, natural resources and other clients facing complex communication and government relations challenges.

From 2010-2012, John served as Staff Director to the Blue Ribbon Commission on America’s Nuclear Future, which recommended a new strategy for managing nuclear waste in the United States.

In 2002, John was the American Nuclear Society’s Glenn T. Seaborg Congressional Fellow, serving in the office of Office of Senator Jeff Bingaman (D-NM).