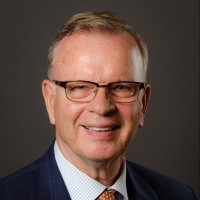 He has served as MLA for Surrey-Whalley since first being elected in 2005. Surrey-Whalley voters have re-elected him four consecutive times since then.

Minister Ralston leads the government’s key initiatives in energy, which include supporting the implementation of CleanBC – government’s plan for climate action – and driving innovation in the clean technology sector.

Minister Ralston also oversees BC Hydro to ensure B.C.’s wealth of clean, affordable, and reliable hydro-electricity powers the province into the future. During the COVID-19 pandemic, Minister Ralston oversaw BC Hydro rate decreases in 2020-21, the first in decades. British Columbians and businesses received a one-time bill credit in early 2021 as a result.

With experienceand relationships in technology and trade, he is working to help B.C. reach new markets for its low-carbon products and to secure investment in the mining sector.