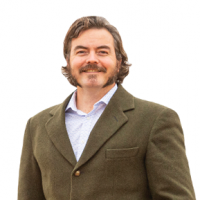 Born and raised in Calgary, Alberta, Canada, Grant Strem has a B.Sc. in Geology and an M.Sc. in Reservoir Characterization, both from the University of Calgary.

Grant considers himself an explorationist and worked for various producers including Paramount, Burlington Resources, ConocoPhillips, Total E&P, and Husky. Grant also worked as a Reserves Evaluator for GLJ Petroleum Consultants, and as a Research Analyst at TD Securities covering the oil sands sector. He also started his own oil company focused on light oil, helium and geothermal resources.

Things changed in 2015. That’s when he co-founded Proton Technologies with Dr. Ian Gates, then Department Head for the Petroleum and Chemical Engineering faculty at the University of Calgary as well as Grant’s former professor. Six years later, the company is stronger than ever.

Grant believes it is possible to produce zero emissions hydrogen at far lower cost per joule of energy than diesel and gasoline.