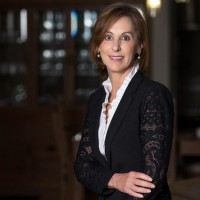 FLORA MONTEALEGRE is the Executive Director of the Costa Rica – United States Foundation for Cooperation (CRUSA).  She has extensive experience in international development banking, having worked for close to two decades in various leadership positions at the Inter-American Development Bank (IDB) as Head of the Competitiveness, Technology and Innovation Division, Operations Advisor for the Southern Cone, and Resident Country Manager in the Dominican Republic.  In addition, as a senior manager for many years at Ernst & Young and later PriceWaterhouse Coopers, she also directed numerous private sector development, competitiveness, and innovation projects in countries throughout the world.
Ms. Montealegre has a Master’s in Business Administration (MBA), from the Robert H. Smith School of Business at the University of Maryland; a Master of Arts in Latin American Studies and Economic Development from Georgetown University; and a Bachelor of Arts in Political Science from Swarthmore College. She has also completed postgraduate studies in economics and in science, technology, and innovation policy at the John F. Kennedy School of Government at Harvard University.