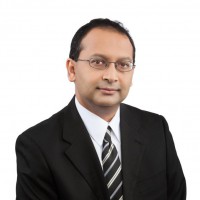 Appointed President of National Energy in 2013, Dr Vernon Paltoo has worked on the conceptualisation, design, development and promotion of industrial and energy-related projects in Trinidad and Tobago at state agencies and academic institutions over the past 25 years. Prior to being appointed as President of National Energy, Dr Paltoo served in several senior capacities including Vice President, Operations; Manager, Energy Industry Development; and Team Leader, Business Development. In this regard, he was instrumental in advancing key national projects including the methanol-to-power project, the ammonia/urea/melamine (AUM) project, the methanol to di-methyl ether project and the state-of-the-art Galeota Port project. More recently, his portfolio has expanded to include decarbonizing the energy industry, and the transition to sustainable energy development.

Dr. Paltoo is currently Director on the Boards of the Energy Chamber of Trinidad and Tobago, La Brea Industrial Development Company Limited, NGC CNG Limited, National Energy Guyana Incorporated, and the National Energy Skills Center. He has also previously served on the Boards of the Petroleum Company of Trinidad and Tobago Limited and InvesTT Limited. During his career, Dr. Paltoo has contributed to the development of several industrial sectors, having been a member of the Government Committees on Gas to Petrochemicals; Agriculture and Food Production; and Plastics, Printing and Packaging.