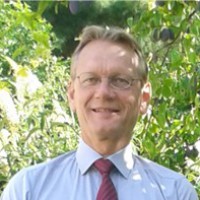 Dr. Helmut Lademann studied chemistry at the Universities of Cologne and Münster in Germany, where he completed a Ph. D. in electrochemistry in 1991. He spent his whole career in the Chlor-Alkali industry in different roles including 4 years in engineering, in commissioning and cell development as well as 12 years as a manager of a chlor-alkali facility in Cologne while it was converted/expanded from mercury to membrane technology. In 2008, he joined R2 as General Manager of R2’s German subsidiary in Cologne. He played a major role in the development of the new generation of EMOS® SIL2 safety system for membrane cells, predictive maintenance tools and process optimization software, which are now used by all major Chlor-Alkali producers world-wide. Furthermore, he spearheads the Advanced Analytics Services and provides valuable assistance to R2’s customers by customized maintenance strategy trainings as well as helping them solve sophisticated problems, train them on how to identify what can go wrong in a cell room and put together counter-measures to avoid irreversible damages and to achieve operational excellence.