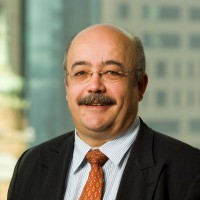 After studying electrical engineering Bernhard started his career as Network Planning Engineer for a utility company in Germany where he soon became head of operations and Deputy Manager of a Branch Office in Northern Bavaria. In 1996 he took on the position as CEO of a municipal owned utility company in Germany responsible for Electricity, Gas, Water, District Heating, Telecommunication, Public Transport and Shipping Services.

In 2000 Bernhard started a new international career as Vice President Marketing, Business Development and Technology for ABB Wind Power. In 2003 he moved to Australia and joined an international wind farm developer as Chief Technical Officer and then worked for Allco Finance Group as Technical Director until 2008. In January 2009 Bernhard started his own consulting business focusing on Energy Efficiency, Electrical Safety and Renewable Energies. In 2014 Bernhard moved back to Germany and took on the position as Platform Manager Medium Voltage Systems for SMA heading the global Medium Voltage Business for the world largest inverter company. After having grown the Medium Voltage Business significantly Bernhard took on a new challenge and moved to SMA Sunbelt Energy GmbH, a 100% subsidiary of SMA to develop another new business area for SMA. In Sunbelt he now looks after electrical safety, quality and the new Power 2 Gas Business.