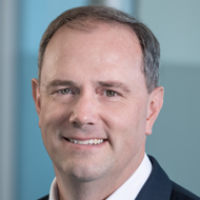 In addition to his leadership activities at Air Liquide, Peters serves on the boards of several non-profit organizations. He is a board member of the U.S. National Association of Manufacturers (NAM) and is on the Executive Committee of Society of Chemical Industry (SCI) America.

Peters began his career with Air Liquide Group in 1996 spending 10 years in the US Electronics business holding positions in Engineering and Sales Management.  In 2006, he joined Air Liquide Large Industries U.S. and was appointed Director of the Onsites business.  He was then promoted to Vice President, Large Projects for the same affiliate where he managed the execution of a portfolio of major capital investments. In 2010, he was appointed Vice President, Operations Control, Americas, overseeing the operations control and strategic planning functions for Air Liquide’s businesses in North, Central and South America.

Peters relocated to Montréal in 2012 where he served as President and Chief Executive Officer of Air Liquide Canada. He worked in this capacity prior to rejoining the Electronics team in January 2018.

Peters holds a Bachelor of Science degree in mechanical engineering from Texas A&M University and a Master of Business Administration from Southern Methodist University in the United States. He now lives in the Houston area with his wife and their three children.