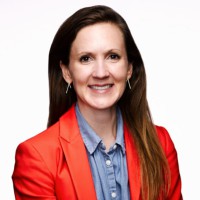 SJ Maxted serves as the CoS/COO for Deloitte’s public sector sustainability, climate and equity. She specializes in regional innovation ecosystems and the necessary public and private stakeholders and structures to advance the new energy economy. Previously, as a Principal at ADL Ventures, she focused on energy venture development. Maxted also helped run the Task Force on the Work of the Future for the President of MIT and served as Director of Strategic Initiatives at MIT’s spin-out The Engine, a venture capital fund focused on advanced tough tech, breakthrough technology. She directed and scaled the MIT Regional Entrepreneurship Acceleration Program across 40+ global regions to develop their regional innovation ecosystems.

Maxted served in President Obama’s Administration at the United States Department of Energy (U.S. DOE) as Special Assistant to Secretary Dr. Steven Chu and was detailed to the Office of Energy Efficiency and Renewable Energy to manage a tech transfer and commercialization portfolio. Earlier in her career, she also worked for former MA-Senator John Kerry under his Senior Advisor for Energy.

Currently, she sits on the Advisory Boards for Chain Reaction Innovation, LabStart, Forge Mass and Exponential Impact – all set up to help accelerate climate tech. Maxted also served as Senior Advisor to several climate organizations including Greentown Labs, Anderson Cabot Center for Ocean Life at the New England Aquarium, and LA Cleantech Incubator. She graduated from Duke University with continued coursework at Harvard, and is from Durango, Colorado. She is a currently a Colorado Governor’s Fellow and Colorado Cleantech Industries Association Fellow.