Americas Hydrogen Summit provides a platform to hear from decision-makers, world’s experts in hydrogen production, technology and application. Unique for gathering the whole chain of hydrogen infrastructure, it is an unparalleled occasion to equip your business with the right tools and contacts to fuel your company’s successful future.

H.E. Franklin Molina OrtizMinister of Hydrocarbons and EnergiesGovernment of Bolivia

Minister of Hydrocarbons and Energies

Hon. Deodat IndarMinister within the Ministry of Public WorksGovernment of Guyana

Minister within the Ministry of Public Works

Ryosuke “Ricky” Saki is Vice President of New Business Development at Mitsubishi Heavy Industries America, where he focuses on decarbonization of the energy sector. Since joining MHI in 2006, Ricky has held a number of roles across MHI and one of its Group Companies, Mitsubishi Power, including as a project engineer and as a leader on the Oil & Gas business development team. Ricky graduated from Kyoto University with a degree in environmental engineering technology and from Rice University’s Jones Graduate School of Business with a Master of Business Administration.

Jean-Louis Kindler is Co-Founder and CEO of Ways2H Inc., which is turning the world’s worst waste into renewable hydrogen fuel for mobility and power generation. Ways2H has co-developed a Waste-to-Hydrogen facility in Tokyo, completed in April 2021, and is offering Waste-to-Hydrogen conversion facilities to operators in the U.S., the U.K., Europe, the Caribbean and other locations around the world. The California-based company uses a carbon-neutral, non-incineration process to convert municipal solid waste, sewage sludge, forest waste, plastics and other refuse into clean hydrogen fuel for the growing hydrogen economy.

Dr Sunita Satyapal is the Director for the U.S. Department of Energy’s Hydrogen and Fuel Cell Technologies Office within the Office of Energy Efficiency and Renewable Energy and is responsible for $150 million per year in hydrogen and fuel cell R&D. She has two and a half decades of experience across industry, academia and government, including at United Technologies managing research and business development, and as a visiting professor. She has served as the Chair – is currently the co-Chair – of the International Partnership for Hydrogen and Fuel Cells in the Economy, a partnership among over 18 countries to accelerate progress in hydrogen. She received her Ph.D. from Columbia University and did postdoctoral work in Applied and Engineering Physics at Cornell University.

She has numerous publications, including in Scientific American, 10 patents, and a number of recognitions including a Presidential Rank Award.

Dr Nelson, an economist, has led a distinguished career in the energy industry and is a long-standing hydrogen champion. Under her leadership, Utah founded the first-of-its-kind Annual Utah Governor’s Energy Office Hydrogen Symposium. Prior to joining GHC, Dr Nelson served as Energy Policy Adviser to the Governor Herbert of Utah, and from 2014-2020 was Executive Director of the Utah Office of Energy Development. As a leader in the energy community, Dr Nelson has extensive board and committee experience including serving as the Chair of the Utah Energy Infrastructure board and Chair to the Western Interstate Energy Board. Dr Nelson holds a PhD in Economics from the University of Utah.

Val Miftakhov is a Founder & CEO of ZeroAvia, Inc, a California company developing the World's first practical zero emission aviation powertrain. Val is a serial entrepreneur in EV space - his previous company eMotorWerks has developed the World’s leading platform for EV battery aggregation to provide grid services, and was acquired in 2017. Prior to that, Val held a number of senior business and product positions at Google and McKinsey & Company, and was a nuclear researcher at Stanford Linear Accelerator. Val holds a Ph.D. in Physics from Princeton University, Masters in Physics from Moscow Institute of Physics and Technology, and was a two-time winner of Russian Nationwide Physics competitions. In his spare time, Val makes good use of his airplane and helicopter pilot licenses.

Morry Markowitz is the President of the Fuel Cell and Hydrogen Energy Association (FCHEA), and leads FCHEA advocacy programs on Capitol Hill and outreach initiatives to target markets and users of fuel cells and hydrogen energy.  Morry comes with extensive expertise in the energy field, in addition to sixteen years of association management.

Prior to coming to the FCHEA, Morry was the Group Director of External Affairs at the Edison Electric Institute (EEI) for nine years.  Before his work at EEI, Morry was the Vice President of Public Affairs with the Association of International Automobile Manufacturers.  Morry brings years of government relations, energy policy, and communications experience to the Association.  Morry has worked on Capitol Hill, in addition to the Executive Branch of government.

Morry graduated with a J.D. from George Mason School of Law.

Monica Gasca RojasEnergy AdvisorMinister of Energy and Mining of Colombia

Minister of Energy and Mining of Colombia

Eergy Advisor for the Minister of Energy and Mining of Colombia. In charge of leading key strategies for the Energy Transition of the country; the Energy Transformation Mission which aims to establish the roadmap for the modernization of electricity and gas sectors; the Geothermal Initiative and the hydrogen strategy.

Vishal spent his career focused on transformative businesses as analyst, investor, advisor and operator. He founded and led the clean energy equity research practice for Lehman Brothers/Barclays Capital and was the top ranked equity analyst for 8 years. Vishal also founded and led the ESG investing practice for Deutsche Bank, well before ESG investing became mainstream and was a regular speaker at various sustainability roundtables and investment conferences. Prior to founding HTV, Vishal was a partner at Hudson Sustainable Investments, a private equity firm focused on clean energy sector.

Vishal has been a trusted advisor to several start-ups in the Cleantech sector. Throughout his Wall Street career, Vishal has been actively involved in more than 30 IPOs and secondary offerings. He has been quoted in numerous articles published by major media, including CNN, MSNBC, Bloomberg, the Wall Street Journal and the New York Times. Vishal has received several nationally recognized awards for excellence in the field of clean energy sector and has worked closely with global and state governments in advising Clean Energy policies.

Vishal holds a B.Tech in Chemical Engineering from Indian Institute of Technology, Bombay and an MBA from INSEAD, France.

The National Gas Company of Trinidad and Tobago Ltd.

Mr. Mark Loquan is a Chemical Engineer by profession with over 30 years’ experience in the petrochemical industry. He was appointed President of The National Gas Company of Trinidad and Tobago Limited (NGC) in September 2016 and was appointed Director on the Board of NGC in July 2019.
Mr. Loquan acquired an MBA in 1990 from the Fuqua School of Business at Duke University and received training in Executive Leadership and Management from Cornell University and IESE Business School (University of Navarra).
In 1982, he began his career in the energy sector as a Process Engineer at Trinidad Nitrogen Co. Ltd. He moved through various leadership positions before being appointed as the first local President of Hydro Agri Trinidad (now Yara Trinidad Ltd.) in 2002. In 2009, he was appointed President, Upstream Business Development for Angola/Sub-Saharan Africa at Yara International. Mr. Loquan moved to Australia three years later, where he served as CEO of Yara Pilbara. 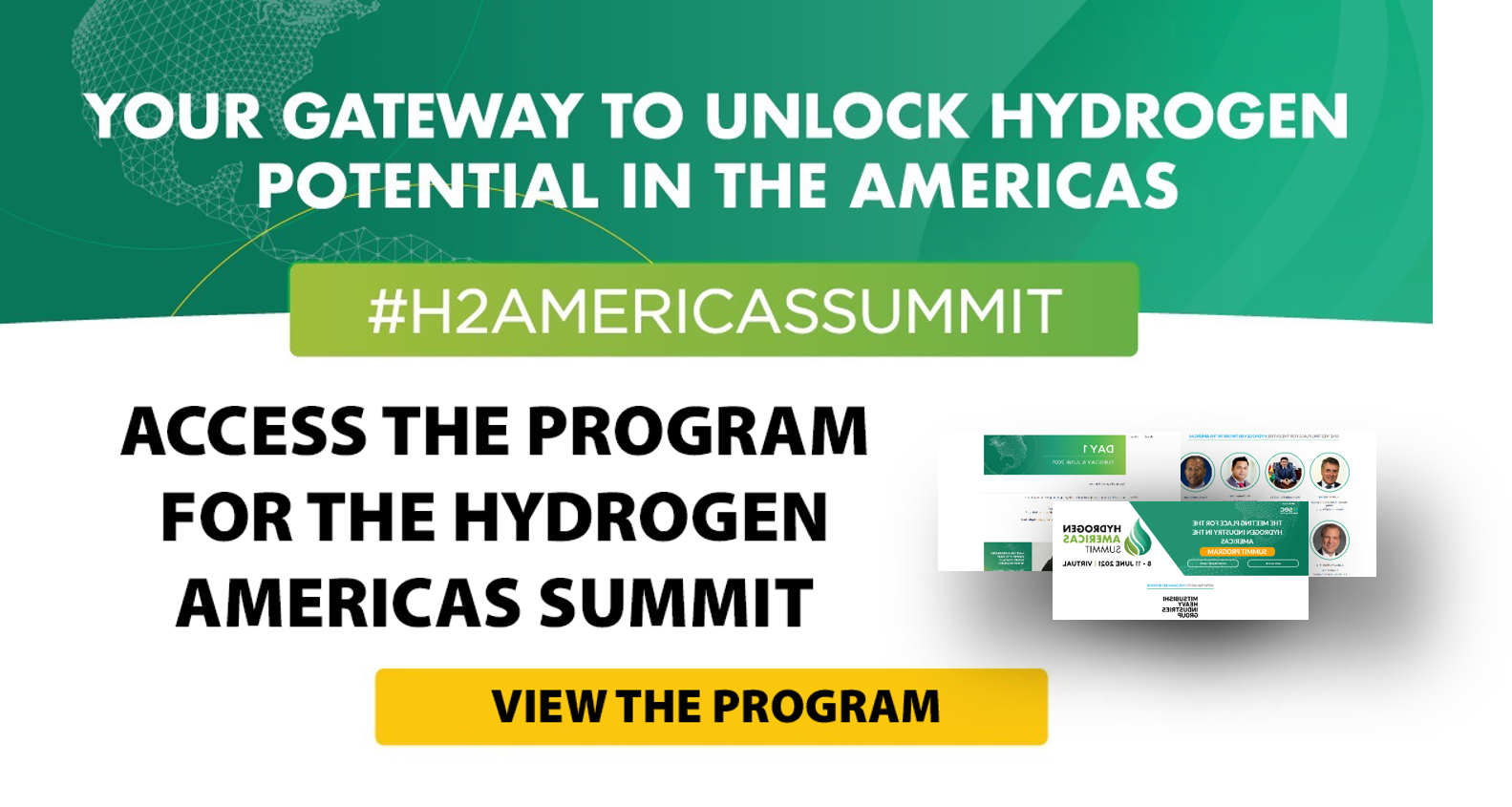