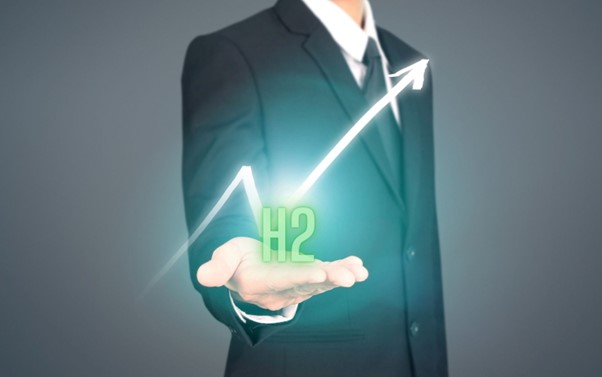 According to the International Energy Agency (IEA), the manufacture of low-emission hydrogen using renewable energy is rapidly on the rise, leading to a six-fold increase in electrolyzer manufacturing capacity by 2025.

According to a recent IEA analysis, electrolyzers are highly in demand and this trend will only continue to rapidly grow. Pilot projects are taking off in new industries such as transportation and steel, creating a substantially higher need for equipment for low-emission hydrogen production. Still, the organization also underscored that there is still a substantial requirement for legislative support for this technology in many parts of the world, in order to accelerate its adoption.

The most recent annual IEA Global Hydrogen Review showed that when it comes to clean versions of H2, less than 1 million tons of it were produced last year. Nearly every one of those tons was produced using fossil fuel-powered facilities using carbon capture, use and storage technologies. Though this can mitigate CO2 emissions resulting from the H2 production, between 5 and 15 percent of emissions are still believed to escape into the atmosphere from many of these processes.

As the global demand for H2 continues to rise, clean methods of production, storage, transportation and distribution will only become more important. In 2019, global demand was measured at 91 million tons. By 2021, that had already increased to 94 million tons. Despite the fact that there was a substantial rise – 60 percent – in demand for novel uses of H2 last year, that still represented only 40,000 tons as there was such a low basis. The need now is for the growth to continue and for clean and low-emission hydrogen to take over as the most common form of production.

The world’s attention towards hydrogen fuel is quickly growing

There’s no doubt to the promise hydrogen fuel holds as an alternative source of energy to fossil fuels. Its application flexibility, efficiency and capacity to be cleanly produced have governments, companies, investors and individuals worldwide paying attention. Among the largest hydrogen fuel news stories currently making headlines include the following.

At the end of September, the US Department of Energy (DoE) opened itself to applications for a total of $7 billion in clean hydrogen hub (H2Hubs) project funding across the country. The hubs are expected to play a critical role in President Biden’s 2035 goal for a zero-emission grid and 2050 goal for a net-zero carbon economy. The funding is a part of a larger $8 billion H2 program receiving its funding through the Bipartisan Infrastructure Law.

Amtrak California recently signed a memorandum of understanding (MoU) with Stadler, ordering the first four hydrogen trainsets in the United States. They are expected to be delivered in 2023 and are slated to begin operation by the intercity service of the San Bernardino County Transportation Authority (SBCTA) in 2024. The two-car trainsets are H2-powered and Stadler calls them safer options for passenger transportation in case of an accident, as the hydrogen storage is located at the front of the train, whereas models from other companies such as Alstom and Siemens store theirs on the passenger cars themselves.

In August, the Inflation Reduction Act passed, bringing substantial tax credits to hydrogen fuel projects in several different forms, including those that will play a considerable role in decarbonizing the transportation industry.  This law will pour $369 billion total into the US clean energy economy. A portion of this funding will be focused on turning gray hydrogen production into green hydrogen production. Currently, about 99 percent of US H2 is made through natural gas reforming without any carbon capture and storage (grey hydrogen).  The goal is to transition away from grey toward green hydrogen, which is produced carbon emission-free using electrolysis powered by renewable energy sources such as solar and wind.

As these hydrogen news headlines reveal, H2, particularly clean H2, is a top headline in the transportation industry and will only continue to be so as the US and the rest of the world decarbonize.

The growth in H2 transportation has been a bumpy road

With hydrogen energy growth at an all time high, the main question seems to be changing from when, to who…Who is going to lead the private vehicle sector? Who will be at the forefront of the current infrastructure resolution? We’ve all been wondering what country will be the first to conquer these ongoing hurdles…

These issues are particularly important in the transportation industry that is seeking solutions today for the decarbonization transition that must be undertaken sooner rather than later in order to comply with carbon emission reduction requirements.

Although the H2 private transportation industry and infrastructure has had its share of challenges, it is nevertheless poised for significant growth in the years to come. The media’s focus on clean energy and emissions-free transportation will only serve to bolster interest in hydrogen as a fuel source, while advances in production technology make low-emission electrolyzers more feasible than ever before.

About Author: Reporting on hydrogen news for over 16 years, hydrogen news is proud to be a Hydrogen Summit Americas supporter and media partner. We strongly believe in this Sustainable Energy Council and the U.S. Department of Energy (DoE) co-hosted event and will be present throughout the summit at the Hydrogen Fuel News virtual booth.